I mentioned last week that I had a hankering for a grapefruit tart and the grapefruits to make it.  Saturday afternoon Emma and I set out to do just that.

We made the crust, using shortbread cookies and baked it off in a springform pan since I don't have a tart pan.

We juiced enough grapefruits and oranges to make 2 cups of juice and mixed them with egg yolks, sugar, cornstarch and salt in a pan to make the custard.  I got it going and then asked Emma to constantly stir it for me while I grated some grapefruit peel for the final step.

And then it went wrong...my idea of constantly stirring a cooking custard and Emma's are different.  I asked her if she was stirring and she said "Yeah, but it's kinda hard to stir with all this stuff stuck to the bottom..."

So much for the grapefruit tart...  It was so burned to the bottom that even immediately pulling the custard and pushing it through a sieve to get any burned bits out and adding the zest and butter--the result still tasted like burnt custard.  boo.

She was really upset and felt awful.  I got over myself and my tart of dreams and told her that she was more important than any dessert and making mistakes is how you learn...  Besides, I still have 2 grapefruits I hadn't cut into yet to have for breakfast with lots of cane sugar and broiled!  yum!

We decided to make a cheesecake instead.  I had 3 blocks of cream cheese sitting in the fridge waiting to be used.  I tend to buy it thinking I make a lot of cheesecakes and I NEVER make cheesecakes.  So we did.

I wanted to make a pina colada version that sounded tasty and light but Em wanted plain.  Chris and Oren didn't care.  So plain is what we got.

It's a great basic cheesecake.  Simple to make and simple to look at.  I thought of swirling some homemade cherry jam throughout it but didn't.   Next time...  Honestly, if you've never made cheesecake because it seems to hard, try this recipe.  It's no harder than a batch of brownies and the results are great. 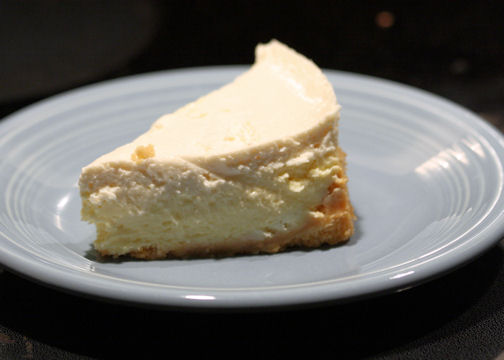 --Combine crumbs, sugar and butter.  Mix well.  Press mixture into an ungreased 10-inch springform pan.  (We did all of this in the food processor and used a 9-inch pan.  Then we baked it for 10 minutes since that's what the original tart called for.)  Set aside.

--Beat cream cheese at high speed with an electric mixer until creamy.  Gradually add 1 cup of sugar, beating well.  Add eggs, 1 at a time, beating after each addition.  Stir in 1/2 t. vanilla.  Pour into prepared crust.  Bake at 375 for 35 minutes or until cheesecake is set.  (I added more vanilla and added a loaf pan half-full of water to the oven to create more moisture in the oven while the cheesecake baked.)

--Beat sour cream (and yogurt in my case) at medium speed for 2 minutes.  Add 3 T sugar and 1/2 tsp vanilla; beat 1 more minute.  Spread over cheesecake.  Bake at 400 for 5 minutes   Cool to room temperature on a wire rack.  Cover and chill for 8 hours.

Go ahead and give it a try.  And don't be afraid to swirl in some jam or put some kind of topping on it.  Chris wanted a can of cherries, but I hate them and never buy them.  Emma wanted chocolate sauce but she's a chocoholic at age 8 so I told her to eat her plain cheesecake and like it.  ;)  And she did.  Multiple times.  She asked if she could have a piece for breakfast this morning.  I told her not till she was an adult and could choose her own breakfast.  Till then she was stuck with semi-healthy foods.  ;)


I'm linking up with Debbie and her Tuesdays at the Table Party.  There's always goodness over there, so check it out.

Email ThisBlogThis!Share to TwitterShare to FacebookShare to Pinterest
Labels: linked up, munchies

I'd love to hear from you, so let me know...whaddya think!

Looking for something special? 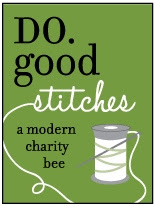